“I think the idea of High-Expectations Relationships and not colluding with low expectations is something that will be in the school forever.”

Ballina Public School’s Principal, Peter Flannery, describes what ‘Stronger Smarter’ would look like to anyone visiting his school on the New South Wales northern coast. “What you’d see is kids getting on with each other, teachers not putting up with mediocre effort, and the relationships of care, trust and high expectations throughout. Lots of happy kids. You can feel the difference in the school … that everybody’s happy and we’re all working together for the benefit of the kids.”

He adds that another difference is the number of adults you’d see there too – not just teachers, but support officers, and parents and community. “We’re trying to build that idea of the school being part of the village and people being welcomed”, he says. “I’m looking out of the window now. This morning there is a community group where the community come into our resource room and sit and yarn and do craft, and the jarjums come with them and have a fun time together.”

Of course, Peter explains that these changes are not all down to Stronger Smarter. “Whether this is simply a result of Stronger Smarter, I don’t know,” he says. “But a lot of the different systems in the school have meshed well together.”

After Peter attended the Stronger Smarter Leadership Program in 2012, he says he took his time in ‘bringing the Stronger Smarter message back’ to the school. He explains that he attends a lot of leadership development programs, and was wary of coming back with another ‘new thing’ or trying to implement something too quickly. But he did change his leadership style, and staff commented that things were different. One immediate change was the style of staff meetings. “Instead of me at the front, we ran staff meetings in a circle,” he says.

The Stronger Smarter training helped Peter reflect on his leadership. He says the Stronger Smarter ‘circle’ approach of collegiality and sharing works well with his natural leadership style, but that he needs to recognise when to take the top down ‘triangle’ approach. “I guess I need to be aware of when to be ‘circle’ and when to be ‘triangle’”, Peter says. “Staff would come to me with issues and I would support and guide and send them on their way as a development process for them to solve the problems themselves, when what they wanted was for me to solve it for them.” But he says there are times when he does just need to make a decision and provide a solution so that everyone can move on. “Sometimes I have to change hats, and be a bit more of a director,” he says.

Not just a new ‘thing’: bringing people on board

“It’s been good that neighbouring schools have been supportive”

Although Peter was initially cautious about bringing in something new, he says his staff have been open to new ideas, and the processes he has run have been very successful. “Staff have taken on that idea that we’re all in this together and it’s all about the kids,” he says.

At Peter’s invitation, and with the support of Dyonne Anderson, the Principal of Cabbage Tree Island Public School, the Institute has run three Stronger Smarter Leadership Programs in the Ballina area. Initially Peter wanted to take his staff to Cherbourg where there is powerful local history, until one of the Stronger Smarter facilitators suggested that if he looked closely at Ballina, there was probably a similar story. “And, of course there was”, Peter says, “and, in fact, Ballina is the perfect setting. We have quite a history in terms of our Aboriginal population as a community, so the impact of our story gave that context that helped and supported the Stronger Smarter program.

“Not only are we a school that looks after its kids, we also have high expectations of them as well.”

Ballina Public School’s 250 kids come from a wide variety of cultural and socio-economic backgrounds and include 28 percent Aboriginal or Torres Strait Islander kids. As the Stronger Smarter approach has become embedded, the school is seeing positive changes in the classroom. Their in-school testing shows improvements, and while attendance and suspension levels are still ‘a work in progress’, the school has systems in place to work on these. The level of personalised learning has increased. While in the past they held structured meetings with parents, personalised learning is now a part of everyday planning.   Peter says he wants personalised learning to be reflected in teacher’s programs rather than being a proforma that teachers fill out and then put on the shelf.

Peter says the term ‘relationships’ comes out a lot in staffroom discussions, particularly in terms of teacher student-relationships.   For Peter, a measure of success is the improvements he sees in students, both in terms of their performance in the classroom and the relationships they build. He hopes students will look back on their time at Ballina in a positive light. “We’re setting them up for the future – whether that’s high school or beyond, so that’s the sort of data and feedback we’re looking at.”  Peter says that while he didn’t set out to introduce ‘Stronger Smarter’ as a major initiative or process, it has gradually ‘morphed’ into something significant.

Now that the school has built a supportive environment, this year it has been time to ‘up the anti.’ “At first we were happy with just getting the kids to school and kids being happy at school,” Peter says. But he explains that, “It’s not OK, just to do OK. Now we have higher expectations of the kids”. While it has been a challenge to get this greater output and higher skills, the kids are coming on board. “The kids were happy to do the work if they were spoon fed and told what to do and what sheet to fill out, but now we’re getting them to do a bit more of it themselves and be more involved in the learning,” he says.

Peter says that building these High-Expectations Relationships, where staff both support students but also challenge them to achieve, fits perfectly with the NSW Education Department’s reforms in terms of quality teaching, including the Quality Teaching Framework and John Hattie’s work on visible learning. Peter says, “Not only are we a school that looks after its kids, we also have high expectations of them as well.”

Part of the village: collaborating with the community

“We’re trying to build that idea of the school being part of the village and people being welcomed.”

The push for more parent and community involvement in the school has taken on greater significance following the school’s participation in Stronger Smarter. The community is now actively involved in everyday school life. “We have the yarn ups, the barbecues, the presentation nights. We highlight the kids’ successes”, Peter says.

The school’s Aboriginal Education Officer, Eli Cook, is doing a ‘fantastic job as a conduit to the community’. Although Eli’s role involves dealing with the ‘bad stuff’ – the suspensions or getting kids to school – Peter says Eli is a ‘positive light’ and someone the kids look up to. Eli is well respected, so he provides that essential link between school and community.

The local Aboriginal Education Consultative Group also plays a strong role in the school, but Peter is hoping to build the role further from an approval body into a truly consultative group that is part of school planning.   “When we meet, it’s often just to give them an update of what’s going on, whereas it would be great if we were able to have them involved in the planning and the lead up to what’s going on”, Peter says.

“It’s not me, it’s the school and the people inside.”

Peter says his personal leadership journey will eventually see him move on to another school. When he does, the Stronger Smarter approach and processes will stay with him as part of his personal leadership. But he also believes if he leaves Ballina Public School, the Stronger Smarter processes are sufficiently embedded within the school that systems will remain in place. He says, “I think the idea of High-Expectations Relationships and not colluding with low expectations is something that will be in the school forever”. 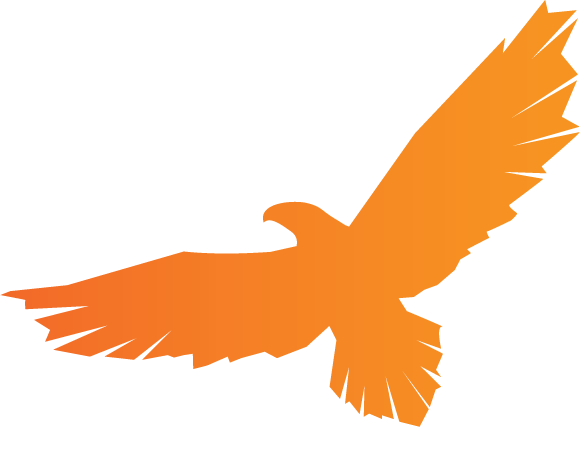 Principal Claudine Dank, says the ideas that Stronger Smarter teaches are important to St Kieran’s Catholic School  with a 17% Indigenous student population and situated on the traditional lands of the Kalkadoon people at Mt Isa. Claudine says the Stronger Smarter Approach fits well with the school’s focus on embedding Indigenous culture. “We have already embedded lots of aspects of … END_OF_DOCUMENT_TOKEN_TO_BE_REPLACED

“For me, it has made sure that I’m conscious, not only in my classroom, but within my stage that I’m setting high expectations for myself and staff and this filters down to the students, using the tools that Stronger Smarter provided.” (Kate Payne)  Kate Payne and Louise Groves, Assistant Principals  Yarning Circles in the classroom After undertaking the Stronger Smarter … END_OF_DOCUMENT_TOKEN_TO_BE_REPLACED